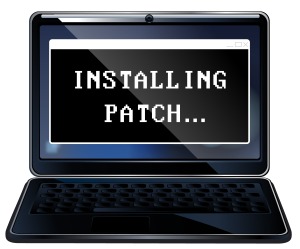 This collection includes free to download patches for video games.

Patch 1.01 for Holistic Design's Final Liberation game. Originally sourced from Holistic Designs website: http://www.holistic-design.com/introCompGames.htm Issues on later Windows operating systems means the game will not run due to a Bink tools Smacker incompatibility. Apart from running a virtual OS, the only way to play the game is without the videos, by copying the epic.ini file provided below into the installation directory, which turns off movies. It might also require compatibility mode...
Topics: Videogame, Patch, Final Liberation, Holistic Design, Strategic Simulations Inc

The last released Darwinia patches for Windows, Mac and Linux systems. Patch notes are included for the Windows version with Linux and Mac notes unavailable/not found but likely available after installing. The latest version numbers for each system are: * Windows - 1.5.11 (2007-06-18) * Mac - 1.4.2 (2006-04-28) * Linux - 1.3.0 (2008-11-05) For OpenGL users on Windows there is the available 1.4.2 patch to download to. There are additional previous versions for each system, but this is...
favoritefavoritefavoritefavoritefavorite ( 2 reviews )
Topics: Videogame, Patch, Introvision, Darwinia

Beyond Good & Evil patch 1.01, the only released patch for the PC version of the game. It mainly adds graphical improvements and options (with a fix for non-SSE processors), with no reported gameplay changes. The patch is international and will run on any released PC version of the game. Notably because of this a flaw in the games coding may make the game impossible to complete (the issue occurs fighting 3 robots in the Slaughter House Central Hall, and the key not appearing). A save game...
Topics: Beyond Good and Evil, BGAE, Patch, PC

These are all official patches plus some unofficial fixes for the game Red Alert for Windows (DOS version had no official patches except for expansions). Version 1.08PE was the last official patch (released in 1997), with 3.03 being a beta release (released in 1999), although never officially released out of beta, which included expanded multiplayer and some fixes. Version Information Check the main menu for your version information, which will vary between 1.04, 1.07, 1.08 and 3.03....
Topics: videogame, patch, videogame patch, Red Alert, Westwood Entertainment

The single released PC Patch file v1.02 for the game Asssassins Creed, released May 2008. This is a cross language patch. It appears that v1.01 was never released. Release notes for the patch are below.
Topics: Assassins Creed, Patch, PC

Due to the heavier use of online game services which provide patches automatically, patch downloads are becoming harder to find for those games no longer supported or of recent age.
ACTIVITY